In a real project, there are normally more than 1 person working and hence there are high chances to get merge conflict when we commit the changes. In this project, we will learn how to merge and how to resolve merge conflicts.
View Project details
Course
Curriculum

Resolving merge conflicts, Git is one of the most popular source-control systems for software development professionals across many industries, allowing numerous team members to collaborate on projects concurrently. However, when multiple users are working on the same file at the same time, a merge dispute may occur. Git is an open-source distributed version control system (VCS) with a remote repository on the server and a local repository on the client. This means that the file or code is not present on a central server, but a copy of the file is saved on the client’s computer.

A distributed version control system allows numerous developers to work in parallel without causing code disputes. Git allows developers to revert to a previous version of the code if necessary.

Git assists both engineers and non-tech workers by keeping track of project files. It makes it easy for several people to collaborate, and it is especially important in huge projects with large teams.

What will you Learn in the Project Resolving merge conflicts in git?

1. How to create a Branching strategy?
2. How to create multiple branches?
3. How to clone a project from GitHub?
4. How to use the merge tool?
5. How to resolve merge conflicts?

Skills You Will Develop 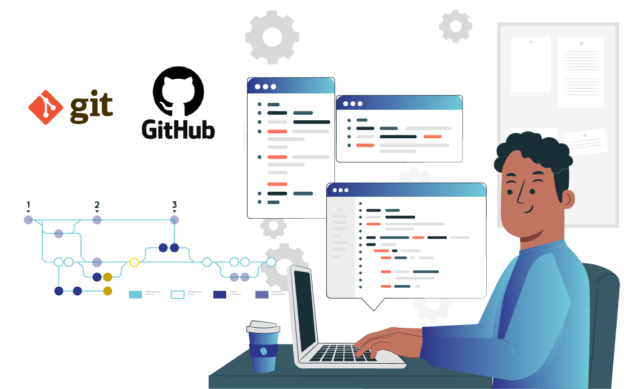 Not Enrolled
or Login ₹