Ansible is a powerful tool for automating tasks, and Jenkins is a powerful tool for managing builds and deployments. Combining the two can help you create a streamlined process for managing your infrastructure. we’ll show you how to use Ansible with Jenkins Pipeline to provision and manage your infrastructure. We’ll start by creating a simple Ansible playbook to deploy a simple web application. Then, we’ll create a Jenkins Pipeline to build and deploy our application. Finally, we’ll add some tests to our Pipeline to verify that our application is working as expected. With Ansible and Jenkins Pipeline, you can create a robust process for managing your infrastructure. By automating tasks with Ansible and managing builds and deployments with Jenkins, you can save time and simplify your workflow.

What Will You Learn in the Project Integrate Ansible with Jenkins Pipeline?

Task-3: Create an Ansible playbook to copy files from the ansible server to the tomcat server

Task-4: Integrate the ansible-playbook with Jenkins to deploy the war file on the tomcat server

Task-5: Integrate POLLSCM so that job will be triggered once you will commit the changes on the GitHub repository 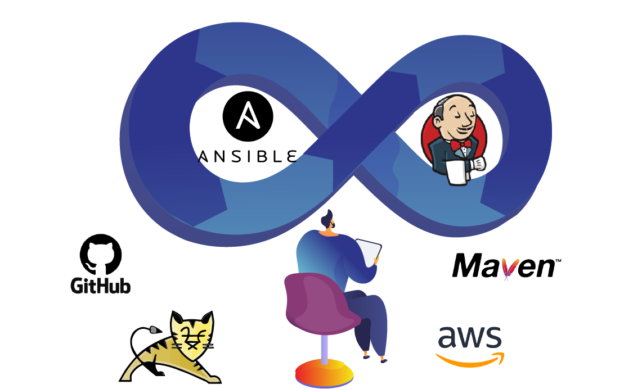 Work with Ansible
Integrate Ansible with Jenkins
Ansible playbook
Login
Accessing this course requires a login, please enter your credentials below!
Lost Your Password?
Register
Don't have an account? Register one!
Register an Account