In this project, you will learn how to create Gitflow and work with a feature branch, develop branch, release branch, and Hotfix, GitHub has become the standard for version control these days. In order to keep track of changes made to code, developers need to use a system that can easily handle different versions of the codebase. One popular system is called GitFlow.

GitFlow is a model for how to manage branches in a Git repository. It was created by Vincent Driessen, and it is based on his experience working with large teams of developers. The GitFlow model has two main branches: The development branch is where all the work on new features and bug fixes takes place. This is the branch that developers should be working on most of the time. The master branch is the branch that contains the code that is currently in production. This branch should only be updated when a new version of the codebase is ready to be released. The hotfix branch is used for making quick fixes to the code that is in production. This branch is created off of the master branch, and it is deployed directly to production.

What will you learn Create GitFlow and Performing Hotfixes Bundle Projects?

Skills You Will Develop 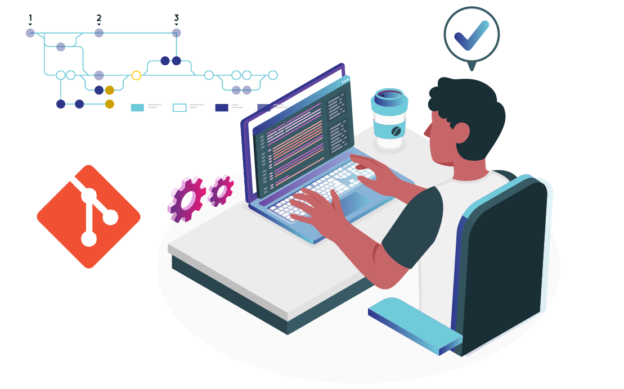 Create Gitflow
Work with Feature and Release branch
Work with Develop and Hotfix branch
Apply hotfix
PUSH changes from DEVELOP branch to GitHub
Login
Accessing this course requires a login, please enter your credentials below!
Lost Your Password?
Register
Don't have an account? Register one!
Register an Account

Please note: This action will also remove this member from your connections and send a report to the site admin. Please allow a few minutes for this process to complete.