In this Project We will be learning how to setup Multi-Tier Architecture on AWS using services VPC,EC2,Route 53.
View Project details
Course
Curriculum

The AWS Multi-Tier Architecture is designed to provide high availability and performance for your applications. It is built around a number of key components, including load balancers, web servers, application servers, and database servers. The load balancers distribute incoming traffic between the web servers, which handle the static content of your website. The application servers process the dynamic content, such as database queries and user interactions. The database servers store the data for your application.

What Will you Learn in The Project in AWS Multi-Tier Architecture?

We will be using the following services in the project:

The following tasks will be performed as part of this project:

Task-7: Configure the WordPress application, create AMI Image from a running instance and create a certificate for a domain

Task-9: Create a Rule under the CloudWatch to receive email-notification 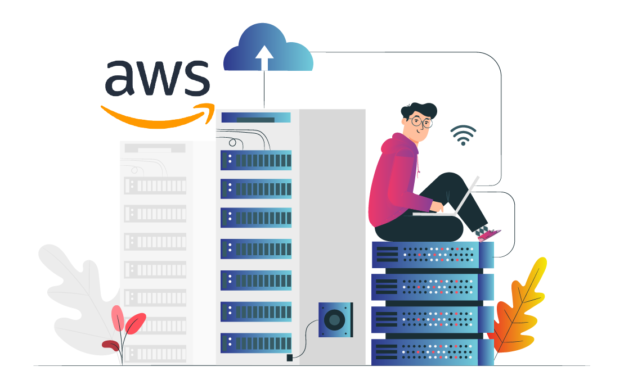